Wait! Do You Want to WATCH THE VIDEO PRESENTATION or Go to The Sign-Up Page Right Away?
GIVE ME ACCESS TO THE VIDEO PAGE NOW YOU CAN SIGN-UP BY OPTING IN ON THE VIDEO PAGE 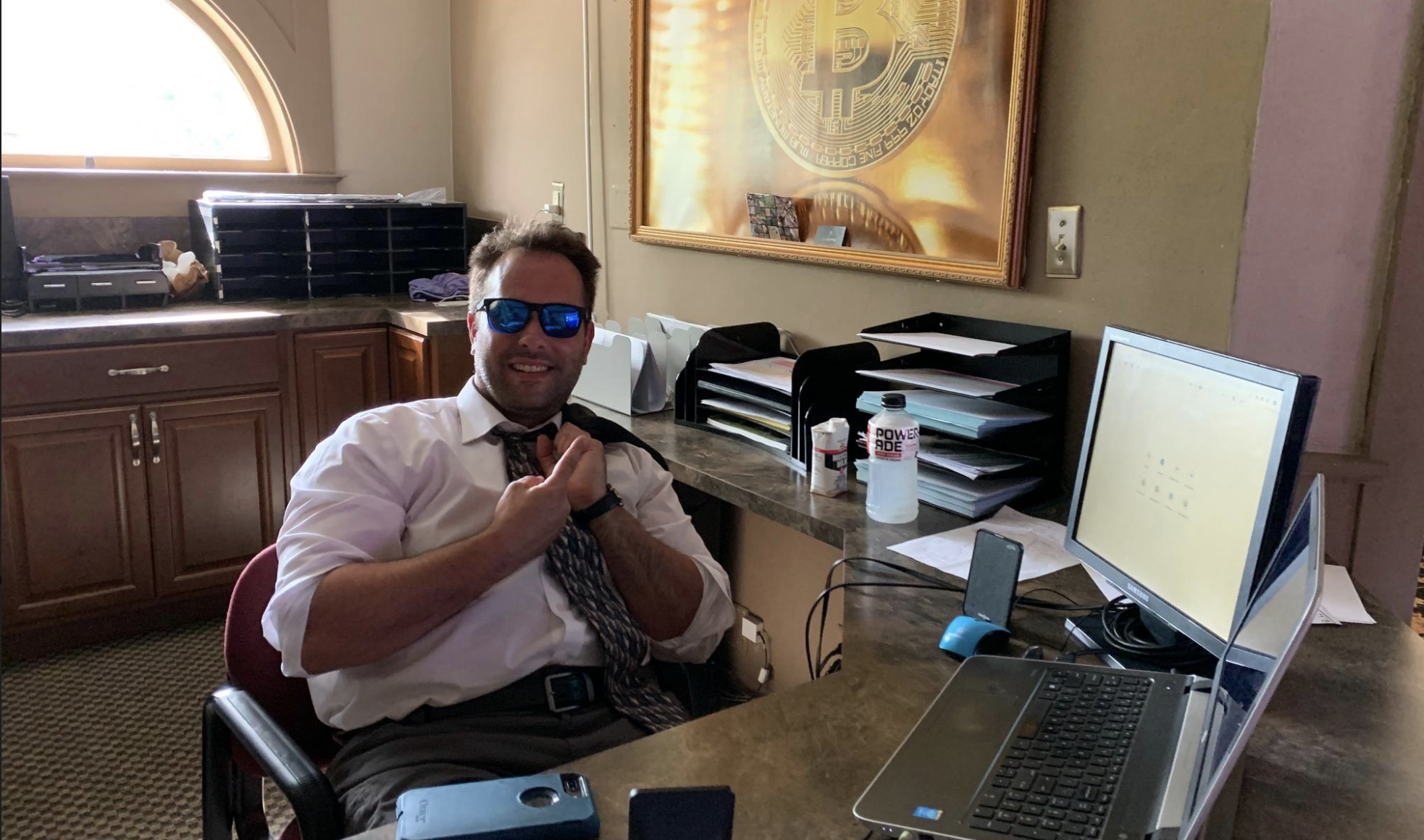 CUSTOM JAVASCRIPT / HTML
"Sanders Came to Me at 275 Lbs... a Former Ivy-League Athlete Who Got Caught On The Wrong End of Procrastination..." *LISTEN, ABOVE!*
Although Sanders accused himself of "procrastination" (like virtually everyone does), I informed him that THE FORCE BEHIND PROCRASTINATION is the MOST POWERFUL MOTIVATOR KNOWN TO MAN:
"Sanders, can you see how this normal behavior of giving yourself a 'false start' pleasure (using a series of very common emotional-logical-operator triggers) is leading to MORE UNHAPPINESS, MORE PURSUIT OF FALSE START PLEASURES, and therefore... utter disaster?!"
...He instantly grasped what I was saying, and that evening we defined a new PATTERN OF BEHAVIOR and LOCKED IN TWO NEW HABITS. Within one month he had EFFORTLESSLY LOST 'STUBBORN' WEIGHT to the tune of dropping several pant-sizes, increasing strength, and that's just the beginning (wait till you see what else happened!)
Keep in mind, Sanders did not rely on willpower (he was previously using willpower and had ZERO SUCCESS in sustaining a new habit).
Like you, Sanders is an intelligent and rational person -- who found himself 'doing the opposite of what he knew he "should" do, justifying the LOSSES with baffling reasonable excuses.
Next, we focused on the sores on Sanders' legs. They had been there for years and were progressively getting worst... not to mention... the dry-heaving and vomitting "spells" that seemingly came out of nowhere.
Within a few days of NEW BEHAVIOR, applying the principles of CHRISTIAN SCIENCE, his vomitting spells disappeared. His legs are now almost cleared up, just a few weeks later. The claims of ERROR (a belief that God is somehow beaten by a material condition) are being destroyed RAPIDLY by his new BEHAVIOR.
Sanders KNEW WHAT TO DO ALL ALONG, BUT HE COULDN'T GET HIS BRAIN TO TAKE ACTION because he was being "robbed" by false-start pleasures.
Within one session, Sanders finally closed a series of joint-venture deals he had been "working on" (meaning: getting nowhere) for months. Once he got his brain to GO ON THE HUNT FOR THE REAL PLEASURE-REWARD of productivity... "it just happened, automatically."
This is the MIRACLE POWER behind the force we call procrastination. It is not what you think it is: procrastination is your "check-engine" light going off... alerting you that you are BEING TRIGGERED INTO A MALFUNCTIONING BEHAVIOR where your dopamine "fix" is being substituted by a deceitfully engineered booby-trap.
Perhaps you don't have an issue with MOTIVATION or a "procrastination" issue... rather, you have a STRONG ADDICTION to all the wrong dopamine fixes.
What I'm proposing to you is, YOU CAN be, do, and have whatever you desire... once you PROGRAM YOUR BRAIN TO HUNT and KILL THE SWITCHES that lead you into a "false-start ghetto." Once you perform this RE-WIRE of your automatic-brain's reptilian pursuit of "rewards" -- it's GAME ON FOR HIGH-ACHIEVEMENT.
Here's how it happened for me, years ago... this same MIRACLE is readily available for anyone who wants to change their life, FAST!
BEFORE I had gotten stricken down with Lyme disease, I was constantly being derailed into many of the most common "false-start ghettos"...
It's like, I knew exactly what I needed to do to succeed, but I couldn't do it.
I felt like a complete failure. It was emotionally painful, watching others walk circles around me and make more money, get the love, gain respect amongst their peers...
There I was...stuck in a DEAD-END job and hating my life, afraid to venture out (because I knew that taking the actions wasn't something I could do -- every time, my brain fought me with incredible resistance).
Lyme disease changed all that. I was forced to examine all my motives and the greatest discovery was this: I turned to God and traded in my "false-start ghetto" impulses for RESULTS PRODUCING ACTIVITIES with FULL COMPLIANCE FROM MY BRAIN -- GIVING ME RELENTLESS, UNSTOPPABLE, PROMETHEAN-POWER that I had seemingly never had access to before...
"Once My Brain FLIPPED THE SWITCH... It Felt Like INCREDIBLE POWER to Hunt, Gather, Produce Massive Action Was INSTANTLY Released!"
The Brain Switch!
"Imagine, What Could You Get Done if You Didn't Have to Rely on Willpower...With Automatic RELENTLESS DRIVE, 24/7?"
TELL ME MORE AND SHOW ME HOW TO SIGN UP NOW
Suddenly, hours upon hours of focused intent were followed with UNBEATABLE MASSIVE ACTION coming out of me. My ACTIONS were backed by faith, and my brain was ON THE HUNT FOR THE SPOILS OF VICTORY!

I became a self-made millionare with the ease of grace (on my side) and my BRAIN literally working non-stop like a giant money-magnet...
You may know that I began using what I teach in my 3...2...1 PRO$PERITY Formula at http://www.MatthewDavidHurtado.com.  Yes, those spiritual keys unlocked DIVINE FAVOR on my life. In addition, I somehow realized that my greatest PAIN IN LIFE was the blessing that freed me from ALL "false start" impulses, once and for all.
But, it wasn't for some years later that I realized what had happened...
How did I just FLIP MY BRAIN INTO FULL "BEAST-MODE" for performance-driven-achievement, requiring ZERO or slim willpower?
"How My Best Friend Went Through The Same Transformation, Building a $50M Company After His Ex-Wife Called Him a Deadbeat..."
My friend Dave, who was the best man in my wedding, experienced this same MIRACLE TRANSFORMATION...
I have a scientific mind, so by default I had to examine his results.
So, I asked Dave if I could sit down with him for hours and interview him.
What was revealed was mind-blowing: I had finally figured out the SINGLE MOST POWERFUL FORCE ON THE PLANET FOR ACHIEVING ALL THAT YOU DESIRE!
It worked for me... to become a self-made millionaire.
And, simultaneously, it worked for Dave, too...
In the midst of these two TRAGIC FALLOUT STORIES....
The MIRACLE WAS THIS: we both freed ourselves from all the "false-start ghettos" by getting OUR BRAINS TO LINK MASSIVE PAIN to them and MASSIVE PLEASURE to TAKING PERFORMANCE-DRIVEN-BEHAVIORS.
When this happens, you WALK AWAY EFFORTLESSLY from what "they" call procrastination. Your brain guides you to VICTORY by allocating ALL ITS RESOURCES to your full command.
You are finally able to RELEASE YOUR POWER and MANIFEST EFFORTLESS EXECUTION...performing the daily habits that yield certain results.
For the first time ever, I'm opening a NEW ONLINE WORKSHOP, called...
:OPERATION DRIP-FEED:
The purpose of this ONLINE TRAINING is to take you by the hand, and PROGRAM YOUR BRAIN to HUNT, GATHER, and FILL ITS NEEDS with PERFORMANCE-DRIVEN-BEHAVIORS!
"...So, What Is This GONNA COST YOU?"
You Decide, by Taking Into Considering This Fact:
You will be asked to MAKE A FAITH-COVENANT-SEED offering to claim your transformation, before you begin your training. So, what is it worth to you?
The PRICE for this unique training is based on the SIZE OF THE PROBLEM it aims to solve in your life... you see, if you are STRUGGLING to take action, ONLY YOU can ESTIMATE THE COST OF YOUR TRANSFORMATION, by doing the following equation:
A: TAKE YOUR DESIRED MONTHLY INCOME: (think about it now).
B: SUBTRACT THE INCOME YOU RECEIVED IN THE LAST 30 DAYS: (be specific).
C: NOW, MULTIPLY YOUR "LOSSED" MONTHLY INCOME X 12 MONTHS
= YOUR YEARLY INCOME LOSS.
THIS IS YOUR PERSONAL "COST" that is being incurred NOW by bad-wiring, and you and I both know... "thinking and analyzing ain't gonna solve it. These two resistance patterns are the FRUIT of relying on willpower to solve a problem YOUR BRAIN doesn't care to solve."
...Remember, THIS IS YOUR LIFE and YOUR UNIQUE CIRCUMSTANCES.
YOU ARE LOSING WEALTH-EARNING YEARS because of THIS HABITUAL PATTERNING that is standing in your way.
In other words, you're being HIJACKED and for most people, the loss they are incurring is well over $50,000.00 USD per year, on the low-end.
However, I set the FAIR-MARKET VALUE EXCHANGE for this time-training ministry program at $5,000.00 USD. OPTION #1.
10% of the low-end figure, above. A faith-seed to plant for your future harvest.
A faith-seed on a future claim-of-wealth
...As you know, I built my entire ministry on applying the scriptural laws of God's economics: the law of SEED-TIME-HARVEST, initiated by FAITH-TRUST in a PEACE-CONTRACT-CLAIM.
I routinely sow TENS-OF-THOUSANDS each year to my spiritual mentors, because this ACT OF FAITH is what BRIDGES THEIR FAITH WITH MINE as WE COME INTO AGREEMENT FOR THE CLAIM-OF-INCREASE, instantly.
Now, I know my faith is not an indicator of everyone's journey walking with God in TRUST -- that you cannot outgive God -- so I'm also offering a LIMITED-TIME 42% DISCOUNT OPPORTUNITY OPTION for $2,900.00 USD. OPTION #2.
In addition, I realize some "financial pictures" CANNOT BELIEVE FOR THIS LEVEL OF FAITH-GIVING and therefore, I'm also offering a TODAY ONLY OPPORTUNITY FOR ONLY $297.00 USD to GET ACCESS TO THE COMPLETE TRAINING -- with one stipulation! OPTION #3.
"I Have One Very Important Stipulation
- A Gentleman's Agreement of Sorts..."
IF you choose the $2900.00 or $297.00 option, you AGREE MENTALLY NOW, TO SOW THE REST OF THE MONIES (TOTAL OF $5K USD) INTO GOD'S KINGDOM.
Whether you sow to Allow Ministries or another God-focused ministry, I'm asking you to agree to this AS YOUR WEALTH INCREASES from your new PERFORMANCE-DRIVEN-BEHAVIORS. Only by stretching your faith in God's law-of-supply will you reach complete reliance, full surrender & therefore, massive Divine Favor!
I'm 100% confident in your ability to LEARN TO REWIRE YOUR BRAIN, SUCCEED IN DOING SO, AND FLIPPING YOUR PERFORMANCE-DRIVEN-BEHAVIOR switch "ON"!
So, what are you waiting for? Class Begins IMMEDIATELY When You Sign-Up.
I'm not guaranteeing this will be available after this date. Take the plunge.
PROCEED TO ONE MORE INFO PAGE...THEN SIGN UP FOR THE LIVE WORKSHOP CLASS!
TELL ME MORE AND SHOW ME HOW TO SIGN UP NOW
countdown
00Hours00Minutes00Seconds
P.S. - if you're wondering WHY I desire to charge so much, it's simple. Your level of faith determines your level of success in life. Playing small only reminds you that you are small: your FATHER'S SUPPLY IS LIMITLESS. The goal of FAITH is to demonstrate BEYOND YOUR REASONING capacity. You are under no obligation to A: join, B: sow more than you can afford, C: sow any future seeds into our ministry. Go where God leads you to give, or stay with Allow Ministries. You are 100% in control of your destiny by the law of your seed-faith. Selah!